2015 figures on land ownership in America 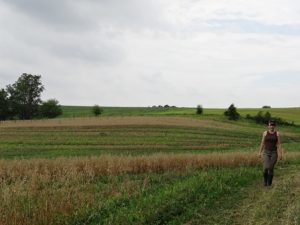 “Our food is increasingly in the path of development. – An astounding 91% of our fruit and 78% of our vegetables are produced in urban-influenced areas.

Land Trusts – What, Why and How

“Thirteen years ago the Land Trust Alliance’s National Land Trust Census reported that the percentage of land trusts identifying farms and ranches as the primary types of land they protect was 46%. The 2010 Census shows that figure rose to 61%. As the land trust community matures, so do the methods for protecting land.”

Serosun Farms – An example of a development and organic farm incorporated into one another – in Kane County IL.