“SILT binds it All Together”

Former presidential appointee and Iowa legislator Paul Johnson explained at SILT’s annual Land Protector Recognition Dinner Nov. 16, that there are three things that make up our soil – clay, silt and sand. Clay and sand are both extremely difficult to grow anything in, he said, but “SILT binds it all together.”

That’s what SILT did that night, bringing together rural and urban, local food lovers, farmers and environmentalists for a celebratory night honoring Lyle Luzum and his family from Calmar and John Wittrig and his family of Winfield. 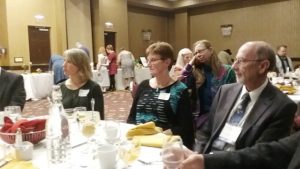 The Luzum family donated its 170-acre heritage farm to SILT earlier this year, allowing the organization to rent it affordably to a new farmer who can gain equity in the house and barns but never put the land back on the market. The gift also ensures the financial stability of SILT into the future. 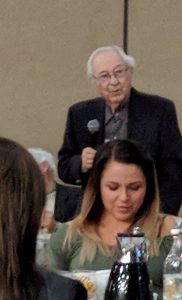 John Wittrig tells the story of his land.

The Wittrig family donated the first SILT easement in Iowa history, protecting his 130 acres near Crawfordsville in Southeast Iowa with a landowner protection agreement that will be recorded with the deed for future owners of the property. John’s actions reduced the value, and therefore the cost to a new farmer, of the land by nearly half yet retain ownership of the property in the family.

Both families plan to take advantage of the extensive tax benefits available for such significant donations of land and easements. Only qualified conservation organizations can hold conservation easements. 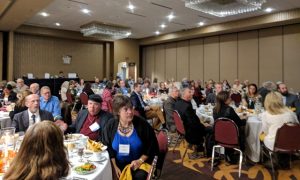 More than 100 people attended the event at Embassy Suites in downtown Des Moines.

More than 110 people attended the reception, dinner, award ceremony and silent auction, the biggest fundraiser of the year for SILT. The night capped a day-long planning session by SILT’s board of directors and invited guests from around Iowa where SILT determined its goals for 2018.

The two donations total more than $1.5 million in land assets for SILT and bring the land trust into its own in the land protection community. SILT is one of only two land trusts of its kind in the country, the other being PCC Land Trust in Seattle. Both require sustainable farming practices on land they protect in perpetuity.

Special thanks to Niman Ranch for its donation of the pork, and to FarmTable Delivery for providing fresh healthy food grown by Iowa farmers! 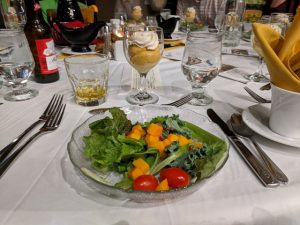