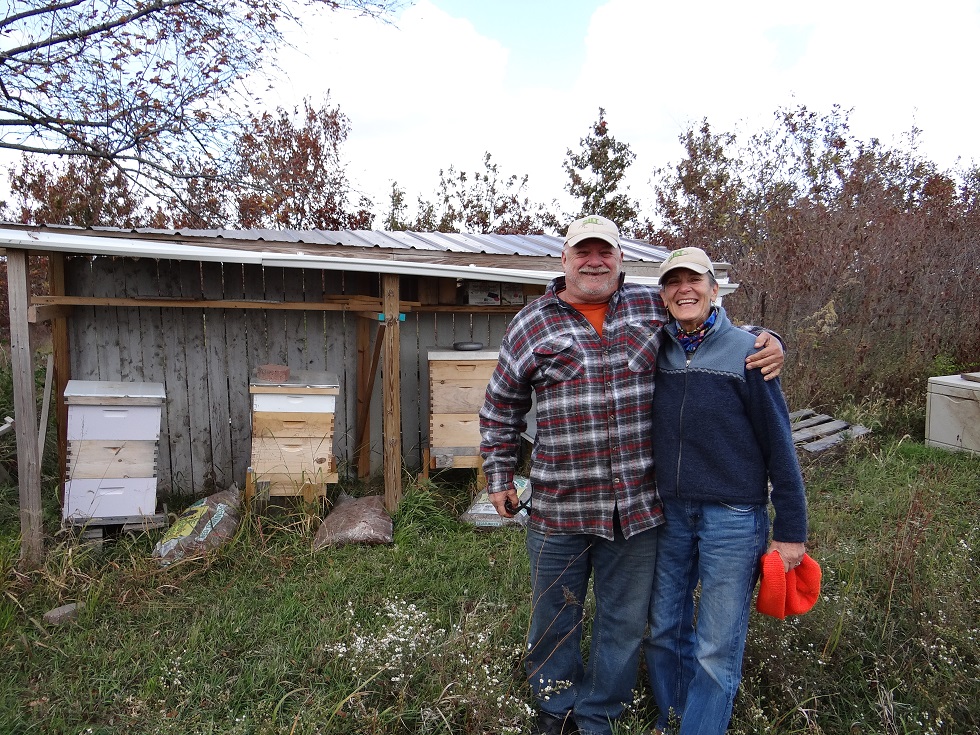 “The Flecks’ generosity has been a true inspiration to everyone at SILT, especially during such a challenging year,” said SILT Executive Director Suzan Erem. Bee Haven Farm is the second farm in Johnson County donated to SILT.

SILT, based in West Branch, specializes in the permanent protection of farmland to grow nature-friendly table food. It helps beginning farmers launch their careers by reducing the cost of land. With this gift, 10 farms totaling 975 acres are now protected across the state through agricultural conservation easements and land donations. SILT runs Adopt-an-Acre campaigns to pay closing costs and Bee Haven was the first this year to be entire adopted, Erem said.

Since purchasing the land in 2007, Brian has planted more than 3,000 native trees on seven acres and established prairie grass and pollinator fields on the remaining space. In 2018 he began to keep bees. Most of the land is in the Conservation Reserve Program (CRP) to regenerate the soil for the day when the right farmer(s) take over operations.

“We bought the land as an investment,” Brian said. “At first I was resentful of the time needed to take care of it. But over the years I gradually learned to love the land.”

One of his goals was to create habitat for as many plants and animals as possible including owls, fish, pheasant, turkeys and bats. The only thing missing was an on-site farmer, and that’s where SILT came in.

“I was immediately taken by SILT’s vision of helping new farmers get started on affordable land,” Fleck said. “I look forward to it becoming a successful farm operation under the day-to-day care of another dedicated farmer. With the right stewardship, Bee Haven Farm will be a source of local food security and stability for the region, hopefully for generations to come.”

Brian lived in Solon from 1980 to 2000, where he published the Solon Economist Newspaper for 20 years. He said he considers Solon his adopted hometown and he hopes the donation will create jobs and a space to grow healthy food for the community.

On land donated to SILT, farmers enjoy long-term leases they can pass on to heirs as the land is farmed sustainably. Farmers gain equity in the house, barns and other infrastructure, while the land itself remains a common good under SILT ownership. SILT also protects land with conservation easements. Those farms are independently bought and sold with the sustainable farming protections attached to the deed.