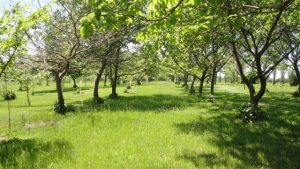 “The discussion of the application of technologies in agriculture, particularly GE technologies, has been plagued by critiques of those who question these technologies as “anti-science.” Because this piece is a critical assessment of GE technologies, we would like to address this critique directly: we are not “anti-science.” To the contrary, we both identify as scientists, one as a biophysical scientist and the other as a social scientist. As scientists, we find scientific value in asking questions from the standpoint of multidisciplinary perspectives concerning the use and impacts of technology. Science is not a monolithic construct that is unchanging. Rather, science is a negotiation, a process of understanding, of asking questions and making hypotheses that are grounded in the social world, and therefore, do not exist separate from the lived experiences of those engaged in the scientific enterprise. Consequently, we should be critical of any efforts to frame meaningful, evidence-based evaluations of any scientific or technological enterprise, including GE technology, as nonscientific.”